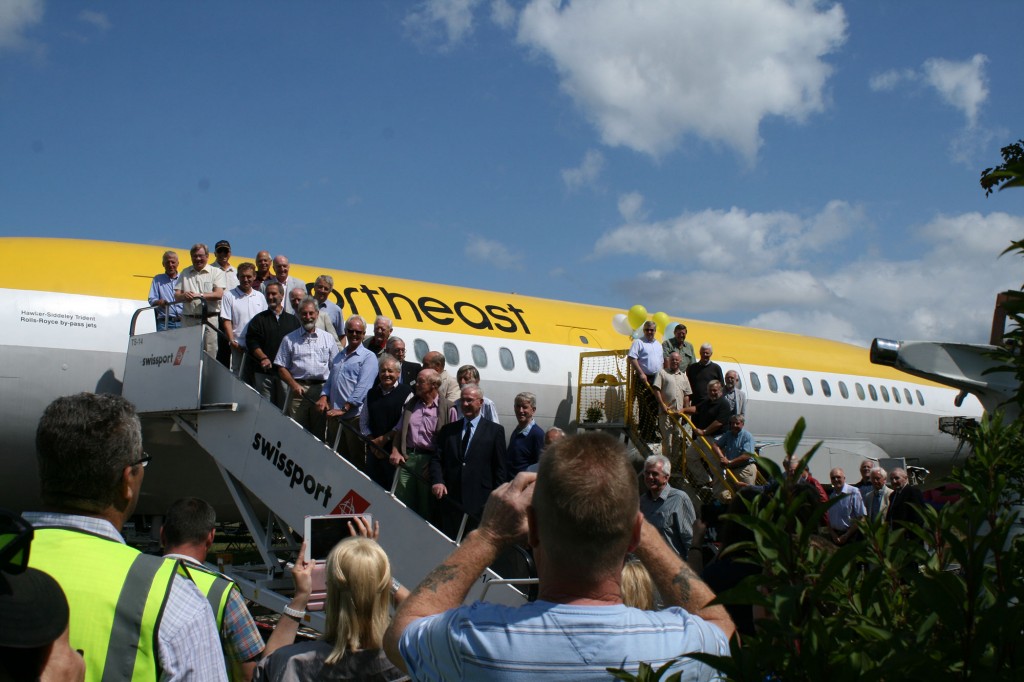 Saturday 11th July marked a significant milestone in the Save The Trident project to restore Trident 1C G-ARPO.

Following five years of work on the fuselage, an event was held at the North East Land, Sea and Air Museums (NELSAM) in Sunderland to unveil the aircraft to the public.

Attending the event were over 40 former pilots and flight attendants who flew G-ARPO and other Tridents during their careers, who had been invited to come and celebrate with us. 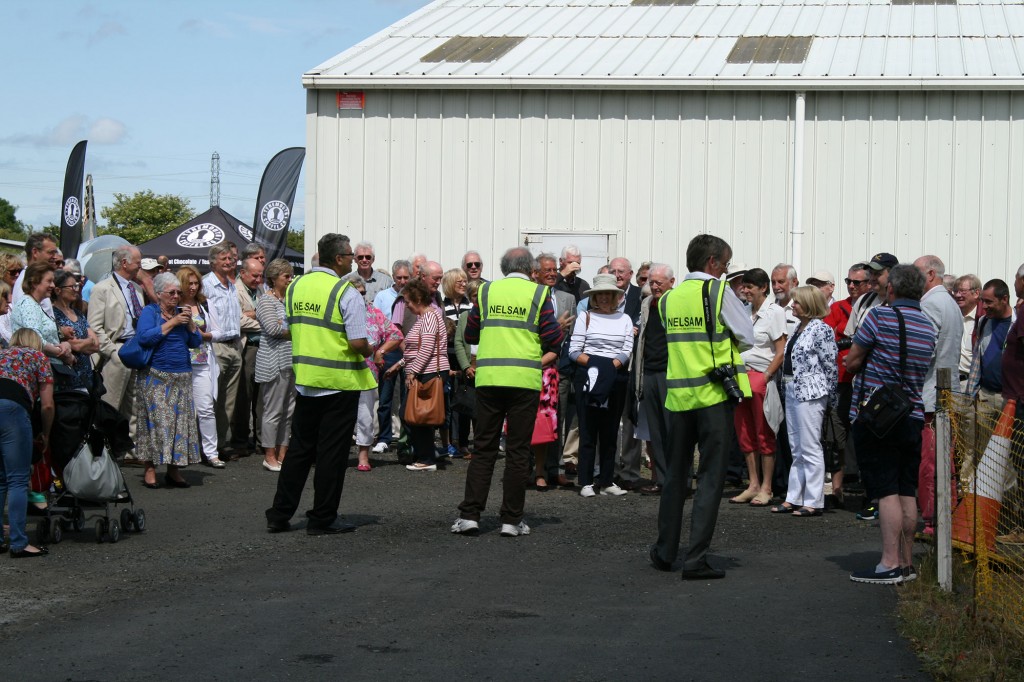 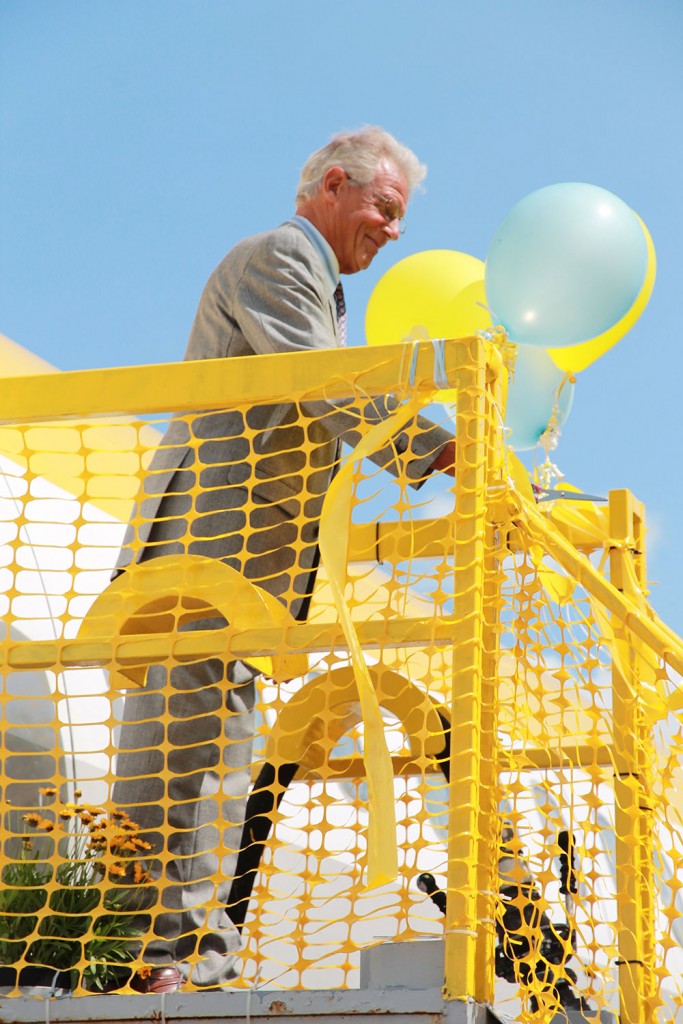 The opening was performed around midday. Museum Chairman Dr Hugh Newell and Save The Trident leader Tony Jarrett made a short speech about how we got to this stage, and then Captain Richard Boas was invited to cut the ribbon at the door to mark the official opening of the aircraft.

Capt Boas was the last pilot to fly G-ARPO when he and his crew delivered it to Teesside Airport in December 1983 for its future life with the Civil Aviation Authority Fire Training School. He commented shortly before cutting the ribbon that he “could never have imagined when he flew the aircraft that day that he would be here again to see it restored all these years later.” He went on to commend Tony and his team’s efforts in completing this work. 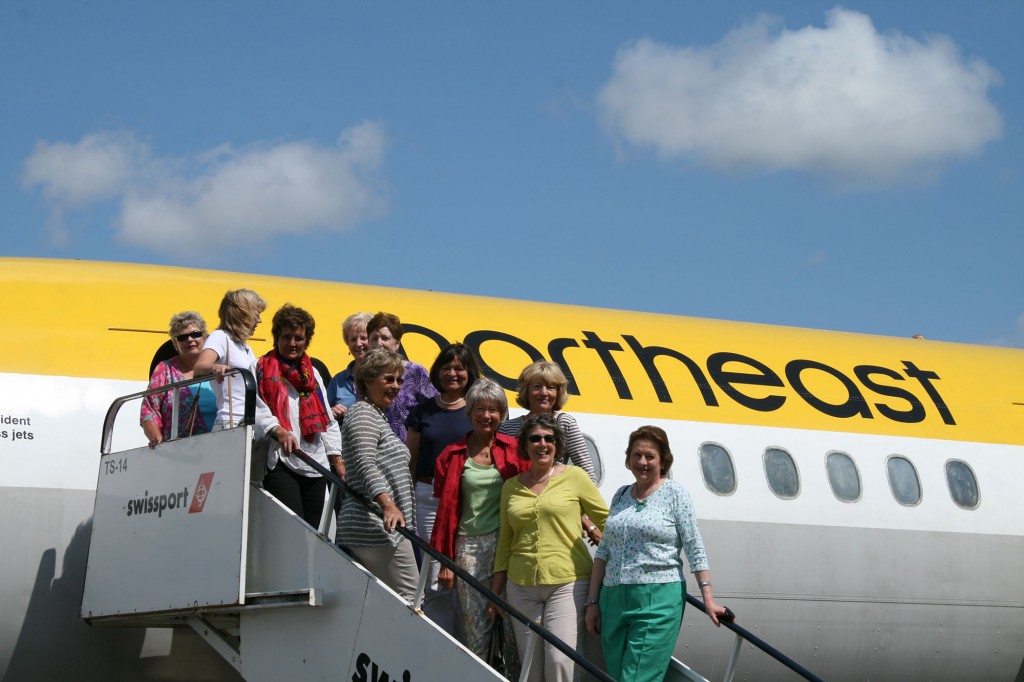 Once the ribbon was cut, the pilots and flight attendants were invited to pose on the steps for photographs, before being invited on board along with other museum visitors to see the interior.

Inside the aircraft, pilots were invited to sit in the cockpit for a photograph in their old ‘office’, and to sign a board on the wall. 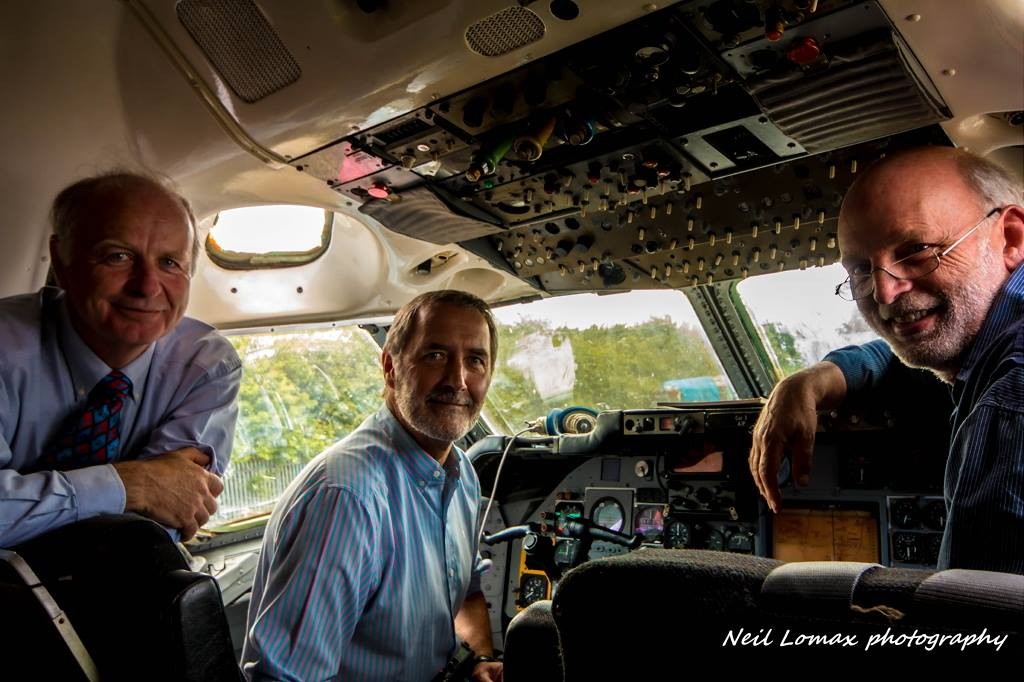 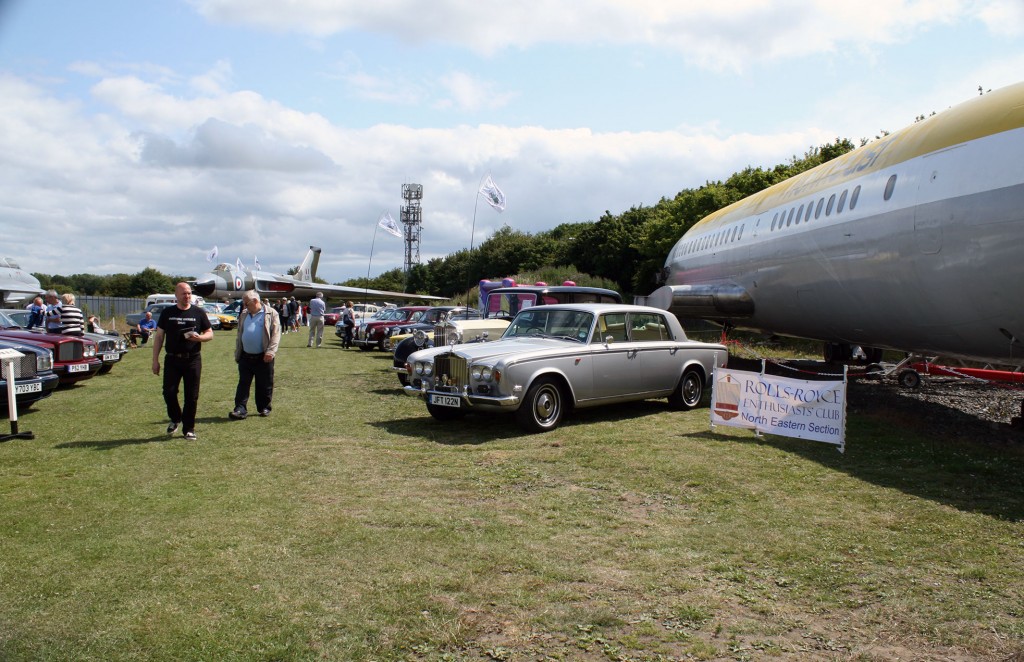 The whole day was a great success, with a variety of other activities and events on at the museum for visitors to enjoy, and a great turnout. In addition to the Trident, visitors enjoyed the Vulcan and other museum aircraft and vehicles, a bouncy castle, birds of prey, food and drink stalls, classic cars and Rolls Royces, face painting and flight simulators.

Chat and Spin Radio also set up a live broadcast from the museum and worked through the day to bring live interviews with members of the team, visitors to the museum, and other exhibitors. 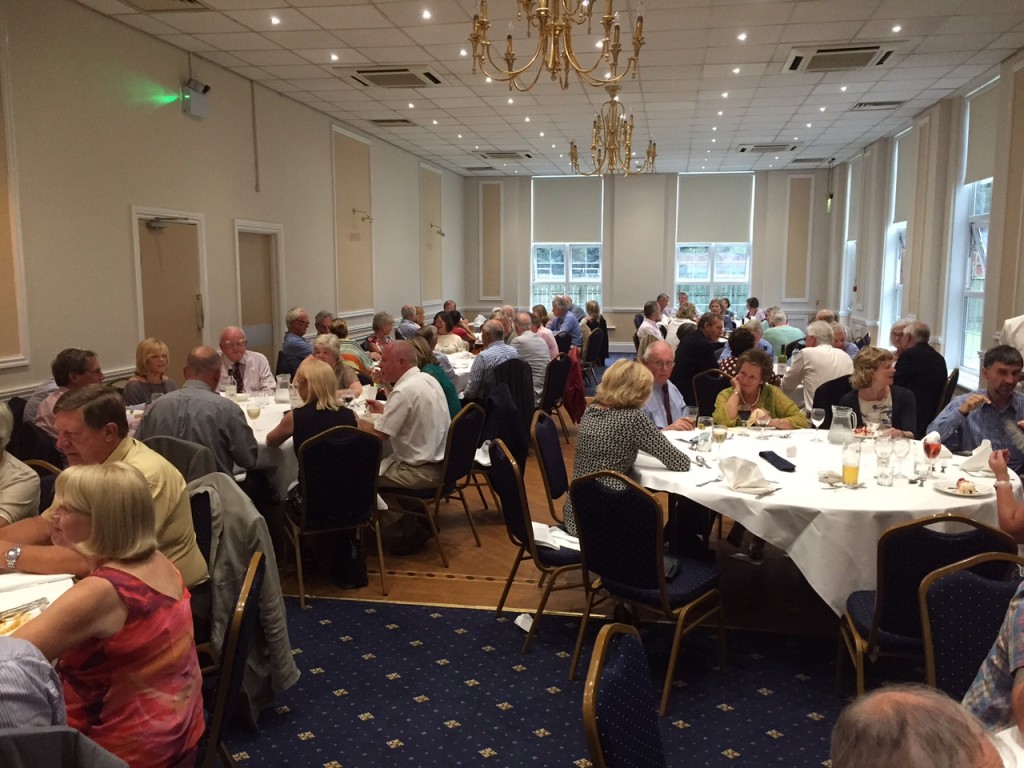 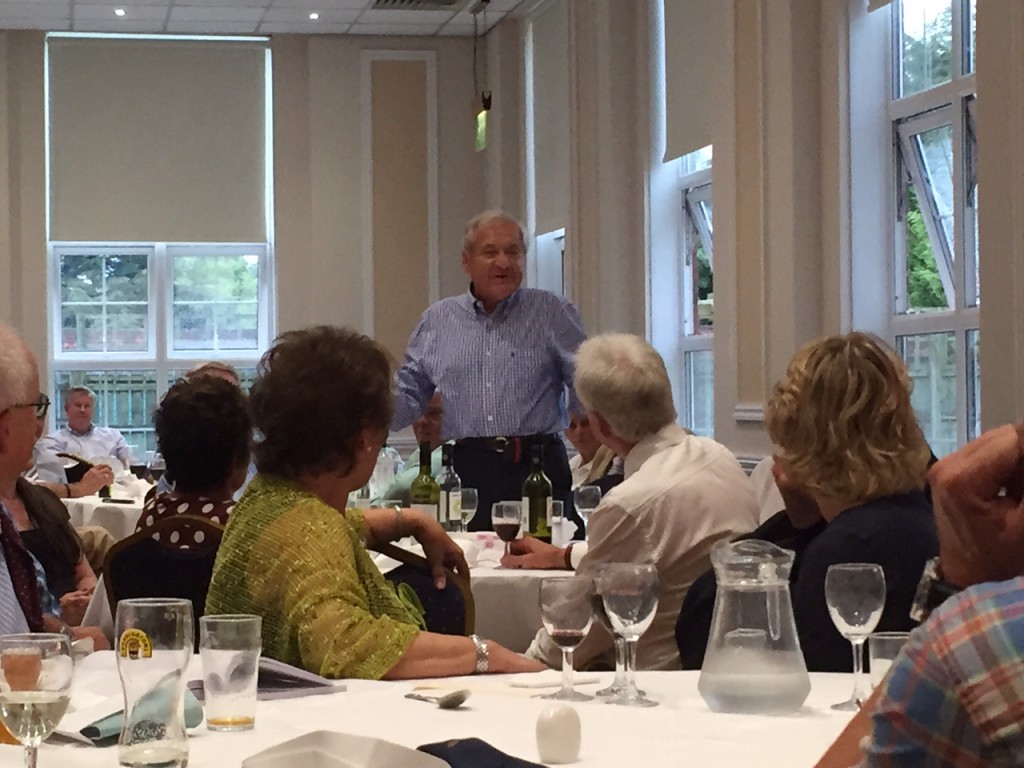 Once the museum closed, the pilots and team members reconvened at the St. George Hotel at Durham Tees Valley Airport for an evening meal and get together. The hotel was a great supporter of our project in its early days when the team spent days working at this airport to dismantle G-ARPO, so we felt it was a fitting way to remember this by hosting our evening there.

We want to say a huge thank you to everyone who came along to the big day. We met lots of people and had lots of kind and positive comments about the aircraft. We’d also like to thank the exhibitors, and all of the museum’s staff and volunteers who spent the day manning the car parks, entrance, and looking after visitors. 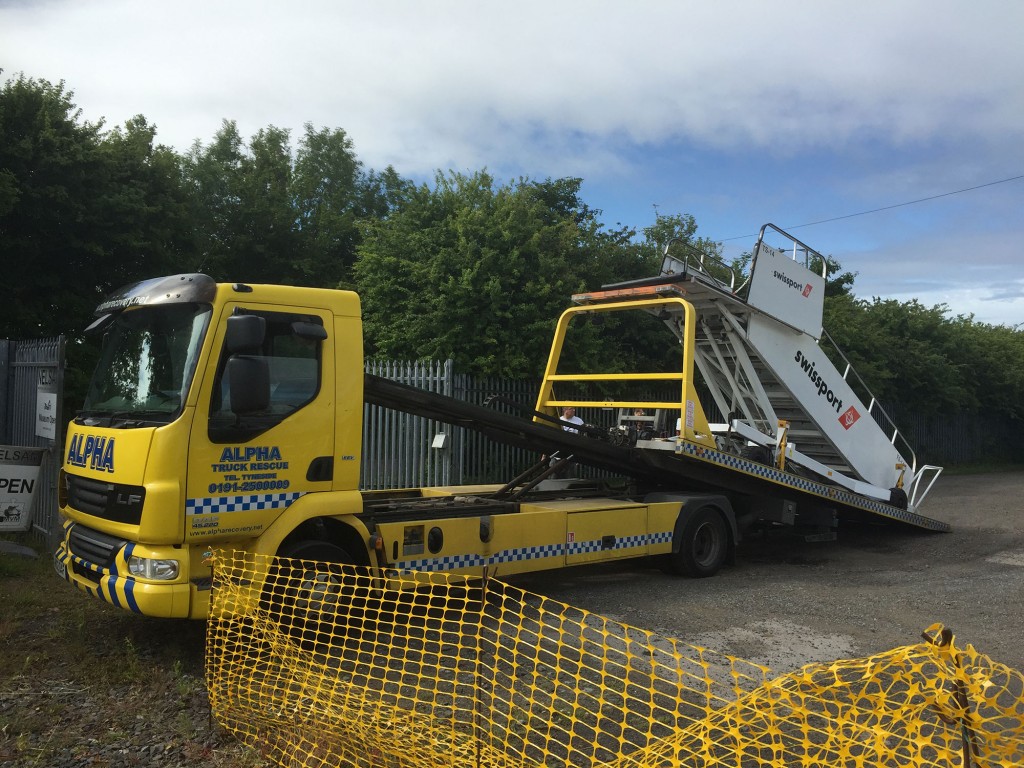 We’d also like to thank Swissport, who came to the rescue at the 11th hour by providing a set of air stairs from Newcastle Airport so that we could open two doors on the aircraft, along with Alpha Recovery who delivered them. This helped a lot, as we had a busy time processing everyone through the aircraft.

Our raffle was a great success, bringing in lots of extra income to the project to help us move on to the next stage. Thank you to everyone who bought a ticket, both online and at the museum. We made the draw in front of the museum guests at 3pm, and the winners were:

Congratulations to you all, and thanks again to the sponsors of these prizes! 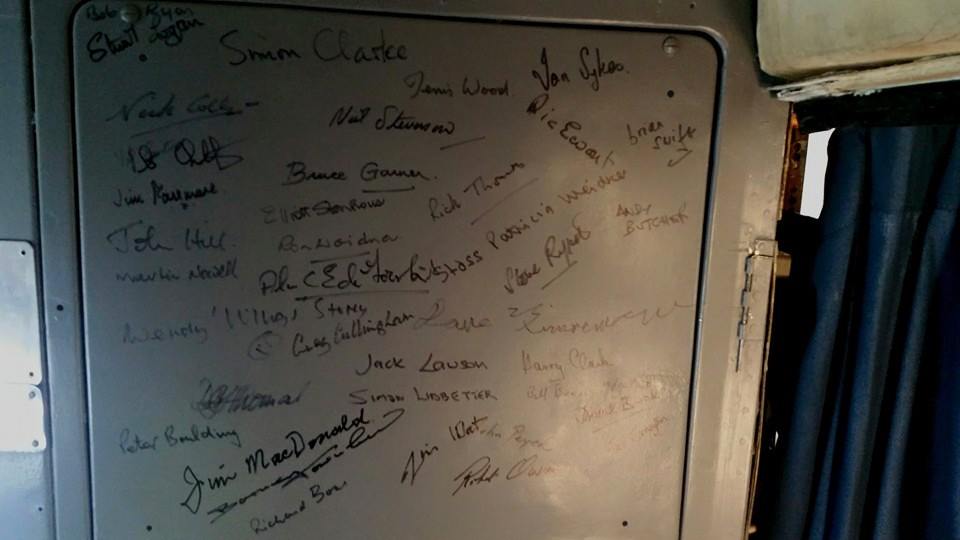 Now that the Trident is open, we’ll endeavour to keep it that way! We’ll try to ensure volunteers are on hand to enable regular access to the aircraft at the museum, especially on weekends. This can’t always be the case, but we want people to see it so will do our best!

In terms of the project, we have small bits of work to complete inside but our focus will now shift onto the wings, tail and undercarriage to begin the process of restoring them. We don’t know yet when we will be able to attach them, but will begin fundraising immediately as it will be an expensive process.

4 thoughts on “Trident G-ARPO unveiled to the public”