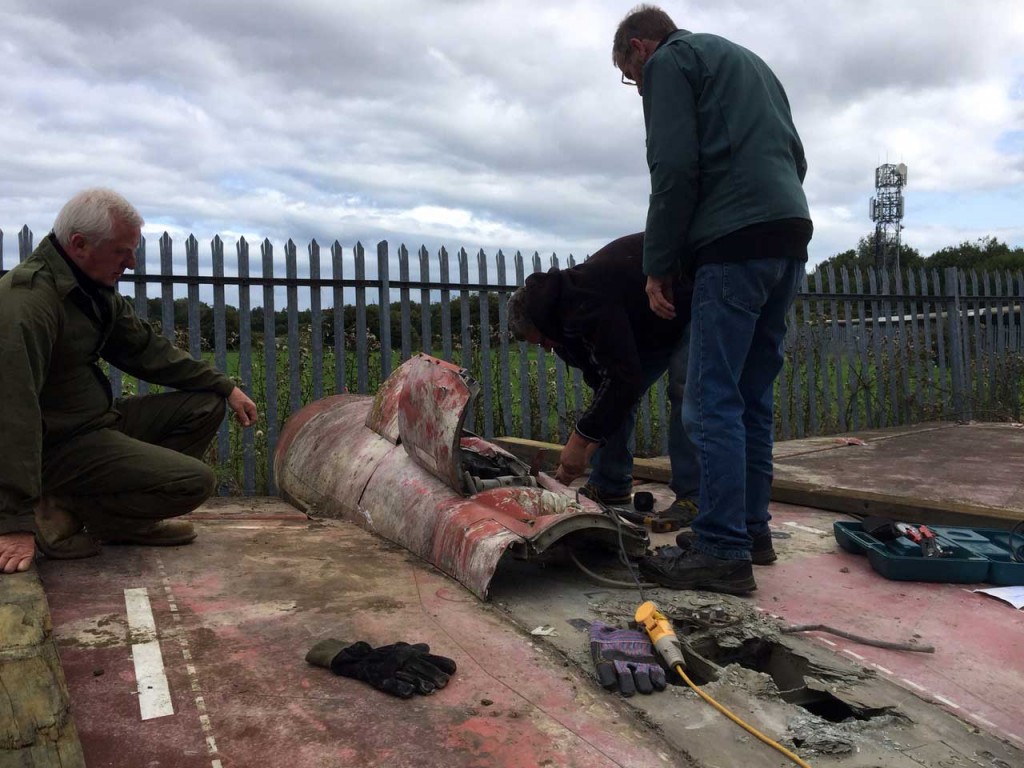 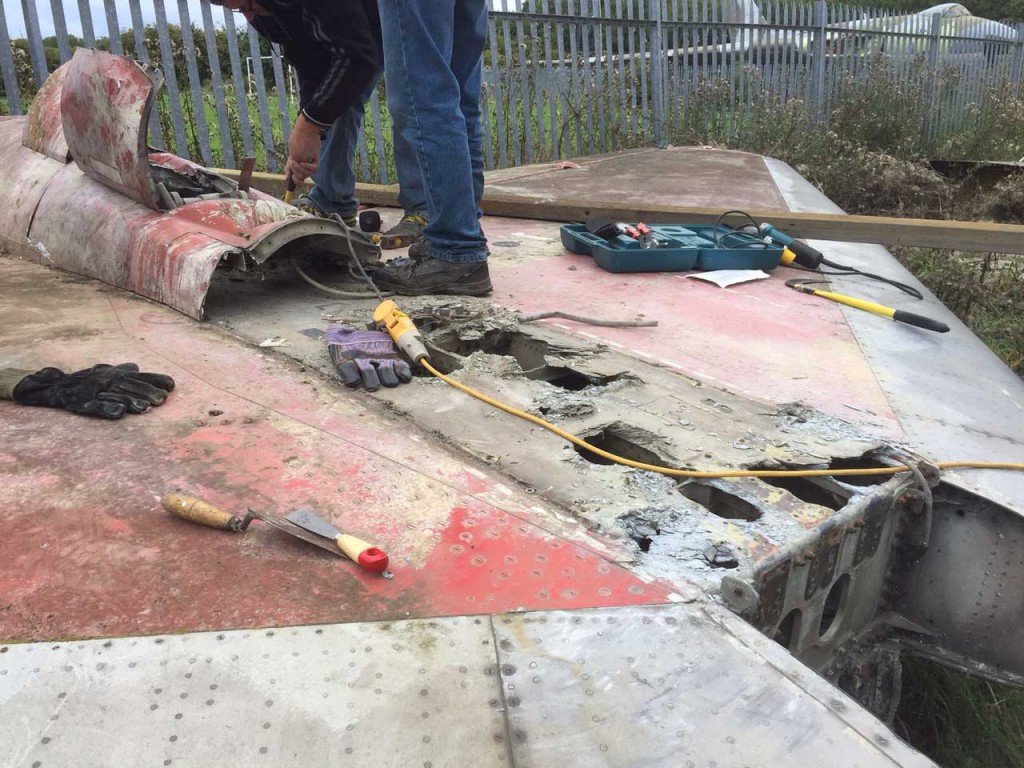 Work has begun on preparing and securing some of the parts of G-ARPO which have been stored since she arrived in Sunderland 6 years ago.

Last weekend members of the team were at the museum to begin work on the horizontal stabiliser, beginning the process of combating corrosion which has appeared in the structure.

Around three quarters of the damaged fairing on top of the stabiliser was removed so that access to the corrosion underneath could be gained. We also removed a lot of accumulated dirt, birds nests, vegetation and other unwanted material in preparation for re-plating the corroded areas with new metal.

K D Flavell & Sons, a reputable welding company from Stockton-on-Tees, also visited to assess the job. They will begin work on re-plating in the next week, helping secure this part of the aircraft for its ultimate reattachment to the tail and fuselage.

This is all part of our current fundraising drive. We need to raise money to pay for welding, equipment hire and crane hire to move the parts. Please help out if you can.