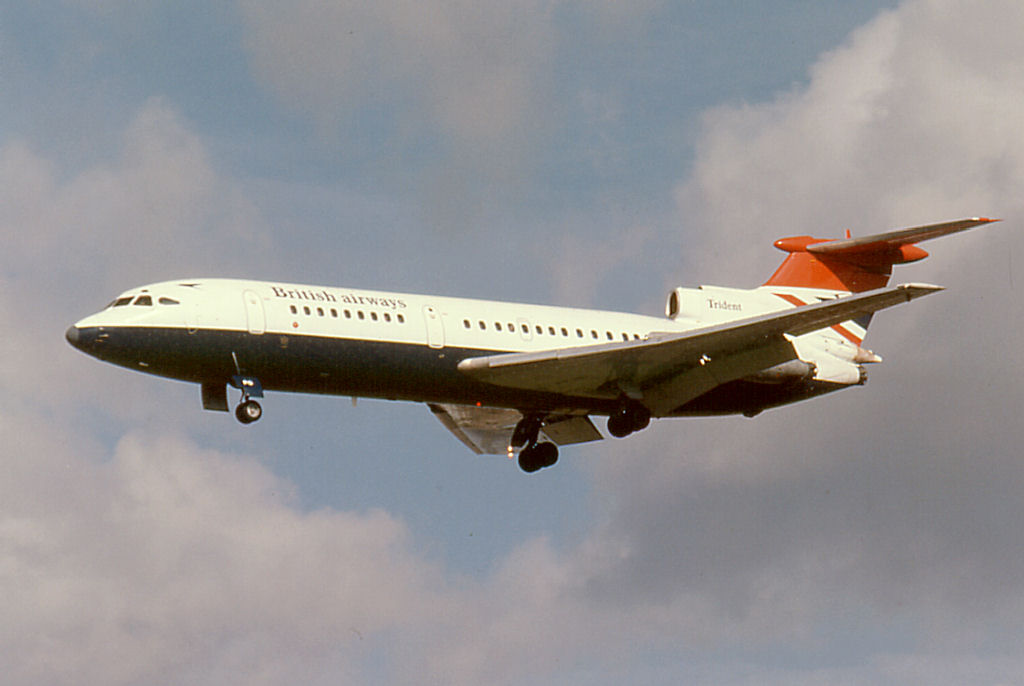 Our Trident 1C, G-ARPO, was the 16th Trident built. It entered service in 1965. Here are some facts about it…

G-ARPO was built at Hatfield Aerodrome. (Find out more about this place here)

The aircraft served on the routes of BEA and British Airways for 18 years before it was retired at London Heathrow airport. Following a short period of storage, it was ferried to Teesside Airport (now Durham Tees Valley Airport) in 1983 to be used at the Civil Aviation Authority’s fire training school along with a number of other Tridents.

The school is now operated by Serco, and continues to train aviation firefighters from around the world. Unlike many of its stablemates at Teesside, G-ARPO was spared from burning (and ultimately destruction) as it was only used for evacuation and smoke training. This has meant the aircraft has suffered some neglect and heavy-handedness, but is still largely intact with many interior fittings still present.

Recognised as being at the end of its useful life with Serco, the company kindly agreed to donate the aircraft to us for relocation and preservation.

After a period of dismantling G-ARPO into transportable parts (fuselage, tail, horizontal stabiliser, and wings), it was moved to the North East Aircraft Museum at Sunderland for preservation.

We have painted G-ARPO in the colours of Northeast Airlines, who flew Tridents from Newcastle and Teesside Airports in the 1970s, before merging into British Airways.

This choice was made to best represent the region in which our aircraft has spent the majority of its life. We recognise that she never flew with this airline.